Amy Mathews is an Australian actress of television, film and theatre. She is best known for her role as Rachel Armstrong in the television series Home and Away. She starred as Maggie in the 2007 Australian film Gabriel. Her theater credits include Cigarettes and Chocolate and Other Hang Ups, Tracked, Push Up 1-3, Chicom, Orange Flower Water, and Transparency. 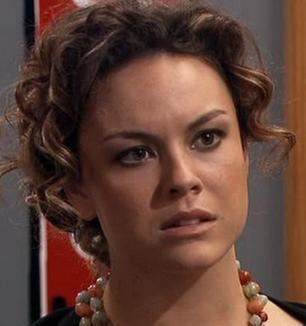 Born on March 29, 1979 in Melbourne, Australia, she has lived most of her life in Sydney, New South Wales, Australia. Mathews studied at the University of the Arts in Philadelphia after winning a scholarship. She also studied at the Actors’ Centre in Surry Hills, Sydney, Australia.

Amy Mathews Education:
The University of the Arts

Amy Mathews Facts:
*She was born on March 29, 1979 in Melbourne, Australia.
*Her mother is half Japanese.
*She had a two year acting course at Surrey Hills, Sydney.
*She made her acting debut on screen in 2001 when she made a guest appearance in the short-lived television series Head Start.
*She starred as Rachel Armstrong in Australian soap opera Home and Away.
*Visit her official website: www.amymathewsnet.com