Golden Globe Award and Primetime Emmy Award-winning actress who was a cast member of the television program ‘Saturday Night Live’ between 2001 and 2008. From 2009 to 2015, Amy starred as Leslie Knope in the sitcom ‘Parks and Recreation’, for which she won a Golden Globe Award. She has also appeared in the films Wet Hot American Summer, Mean Girls, Blades of Glory and Baby Mama, and has done voice work in the films Shrek the Third, Horton Hears a Who!, Inside Out and the series The Mighty B!. Born Amy Meredith Poehler on September 16, 1971 in Burlington, Massachusetts, to parents Eileen Frances and William Grinstead Poehler, she is of German, Irish, Portuguese, and English descent on her father’s side, and of Irish descent on her mother’s side. Amy attended and graduated from Burlington High School in Burlington, Massachusetts, and graduated from Boston College in 1993 with a bachelor’s degree in media and communications. She had two sons with Canadian actor and comedian Will Arnett, whom she was married to from 2003 to 2016. From 2013 to 2015, Amy dated fellow comedian Nick Kroll. 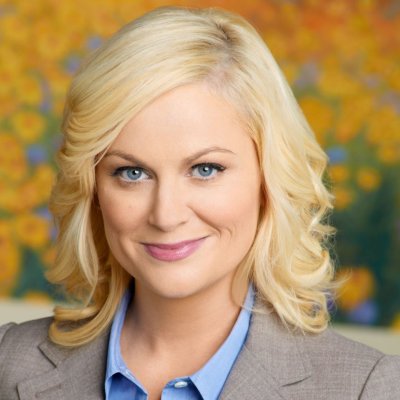 Amy Poehler Facts:
*She was born on September 16, 1971 in Burlington, Massachusetts, USA.
*Her parents are William Grinstead Poehler and Eileen Frances.
*She was raised in the Catholic faith.
*She was educated at Burlington High School and Boston College.
*In 1999, she co-founded the Upright Citizens Brigade Theatre.
*In 2001, she joined the cast of Saturday Night Live.
*In in 2004, she became co-anchor of SNL’s Weekend Update.
*She received a star on the Hollywood Walk of Fame at 6767 Hollywood Boulevard in Hollywood, California on December 3, 2015.
*Her favorite baseball team is the Boston Red Sox.
*She is best friends with Seth Meyers and Tina Fey.
*She is a big fan of the rap group Bone Thugs n Harmony.
*She a staunch liberal Democrat.
*She is friends with Rashida Jones.
*Visit her official website: www.amypoehler.org
*Follow her on Twitter, Tumblr and Instagram.