Amy Price-Francis is a British-Canadian actress. She is best known for her portrayal of Detective Jessica King on the Showcase drama, King, for which she won a 2012 ACTRA Award in the Outstanding Performance. Other notable acting roles include Amy Lawrence in Little Men, Mel Porter in Tracker, Shannon Jennings in Snakes & Ladders, Sarah Barnaby in Rumours, Cara Bowden in 24, Melissa Banks in The Cleaner, and Kelly Campbell in Life Unexpected. She has also appeared in the films Cake, Invitation, The Purge: Anarchy and Alien Tracker. Born Amy Elizabeth Price-Francis on September 16, 1975 in England, United Kingdom, she was raised in Toronto, Canada. She studied at the National Theatre School of Canada. 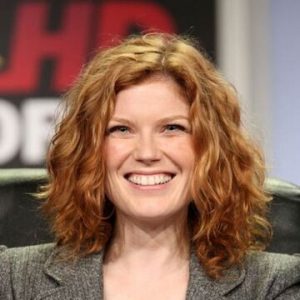 Amy Price-Francis Facts:
*She was born on September 16, 1975 in England, United Kingdom.
*She graduated from the National Theatre School of Canada.
*She took Dance in high school.
*She played Jessica King in the Showcase drama King.