Amy Purdy who became a professional snowboarder despite losing both her legs to meningitis. She was the top ranked snowboarder in the U.S. as well as a multi-World Cup Para-Snowboarder winner. She won an Olympic bronze medal in the 2014 Paralympic Games, and won a silver medal in the 2018 Paralympics Games. She is the co-founder of Adaptive Action Sports, a non-profit that assists disabled people of all ages. She competed on the 18th season of Dancing with the Stars with Derek Hough. Born Amelia Michelle Purdy on November 7, 1979, in Las Vegas, Nevada, she is the daughter of Sheri and Stephan Purdy. She has a sister named Crystal. She began snowboarding at age 15, and lost her legs when she was 19. In August 2015, she married her boyfriend of 14 years Daniel Gale in Boise, Idaho, following a 3-month-long engagement. 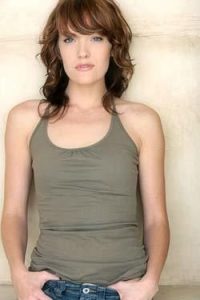 Amy Purdy Facts:
*She was born on November 7, 1979, in Las Vegas, Nevada.
*She began snowboarding at age 15.
*She competed on the 18th season of Dancing with the Stars.
*Her autobiography titled, ‘On My Own Two Feet: From Losing My Legs To Learning The Dance Of Life’ was released on December 30, 2014.
*Visit her official website: www.amypurdy.com
*Follow her on Twitter, Facebook and Instagram.