Ana Jurka is a Honduran journalist, anchor and television presenter who works for Telemundo Deportes as a sports presenter. Prior to joining Telemundo Deportes, Ana served as sports presenter on Telemundo Orlando. Born Ana Flores on 16 January, 1985 in Tegucigalpa, Honduras, she started her career in 2004 as co-host of the motoring program “Sobre Ruedas” on Channel 11. She was the co-host of an auto racing show and she covered entertainment before moving to the United States in 2012. She has been married to Joshua Jurka since 2011. Together they have one son, Seth. 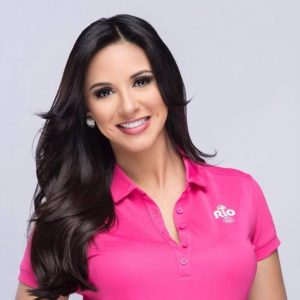 Ana Jurka Facts:
*She was born on 16 January, 1985 in Tegucigalpa, Honduras.
*She is the presenter of the current events segments of “Estelar Soccer” and the “Barclays Premier League” on Telemundo and mun2 and the sports digital platform telemundo.com.
*She started her career in sports television in Honduras.
*She attended Latin American Music Awards at Dolby Theatre in Los Angeles, California in 2017.
*She is the aunt of football player Rembrandt Flores.
*Follow her on Twitter, Facebook and Instagram.