Anastacia is an American singer, songwriter, producer, stylist and former dancer. She is best known for the hit singles “I’m Outta Love,” “Paid My Dues,” and “Left Out Alone.” Anastacia released her debut album, Not That Kind, in 2000, followed by her second album, Freak of Nature in 2001. Her song “Boom” became the official song of the 2002 FIFA World Cup Korea/Japan. 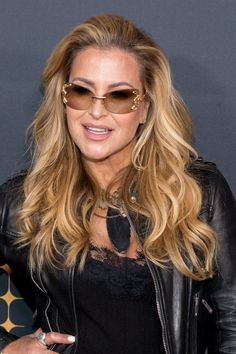 Born Anastacia Lyn Newkirk on September 17, 1968 in Chicago, Illinois, to parents Diane and Robert Newkirk, she is of German, Ukrainian, and Irish descent. Anastacia has a sister named Shawna and brother named Brian. She graduated from the Professional Children’s School of Manhattan. She was married to her bodyguard Wayne Newton from 2007 to 2010. She had a seven-year relationship with Shawn Woods which ended in 2001.

Anastacia Facts:
*She was born on September 17, 1968 in Chicago, Illinois, USA.
*She is the daughter of singer Bob Newkirk and actress Diane Hurley.
*She was a dancer on Club MTV (1985).
*She worked as a backing vocalist before she became a leading vocalist.
*She is the first woman to be called a “white woman with a black voice.”
*Her debut album, Not That Kind, was released on June 13, 2000.
*In 2002, she joined Celine Dion, Dixie Chicks, Cher, Shakira, and Stevie Nicks for VH1 Divas Live.
*She earned the Humanitarian Award in 2013 at the GQ’s Men of the Year Awards.
*She was diagnosed with Crohn’s disease when she was 13, breast cancer at the age of 34, and supraventricular tachycardia aged 39.
*She was a classmate of the late River Phoenix.
*She has a couple of tattoos on her back.
*Visit her official website: www.anastacia.com
*Follow her on Twitter, YouTube, Facebook and Instagram.