Curtis Ward is an English musician, best known as the former rhythm guitarist of the British hard rock band, Bring Me The Horizon (BMTH), the band released their debut full-length studio album Count Your Blessings in 2006, which reached the top 100 of the UK Albums Chart and the top 10 of the UK Rock & Metal Albums Chart. Ward joined the hardcore band Counting Days in 2016. 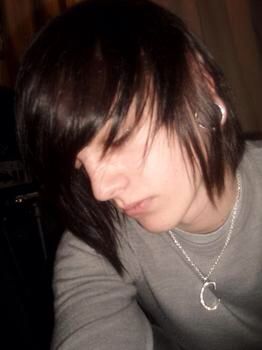 Curtis Ward Facts:
*He was born on June 26, 1986 in England, UK.
*He and members Oliver Sykes, Matt Nicholls, and Lee Malia formed Bring Me the Horizon (BMTH) in March 2004.
*He was the rhythm guitarist for British band Bring Me the Horizon from 2004 to 2009.
*He joined metalcore collective Counting Days in 2016.