Andrea Gabriel is an American actress. She is best known for her portrayal of Nadia Jazeem on the ABC drama series Lost. Gabriel was cast as “Kebi”, a vampire from the Egyptian Coven in the final installment of the Twilight Saga, Breaking Dawn Part 2. She has also appeared as a guest-star in several television series such as JAG, Law & Order, The Whole Truth, Criminal Minds and House. 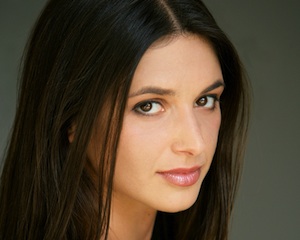 Born on July 4, 1978 in Los Angeles, California, to soap opera stars, Sandy and John Gabriel, she has one younger sister named Melissa. Andrea began theatre training at a young age and appeared as the female lead in The Dog Problem.

Andrea Gabriel Facts:
*Born on July 4, 1978 in Los Angeles, California, she is of Iranian descent.
*She began extensive theatrical training at an early age.
*She worked as a waitress, hostess and sales girl before she began her acting career.
*She played Sayid Jarrah’s love interest Nadia Jazeem in the ABC drama series Lost.
*She taught herself guitar and piano and wrote her own songs.
*She has a cat named Leo.
*Visit her official website: www.andreagabriel.info
*Follow her on Twitter, Facebook, YouTube, and Instagram.