Sara Tommasi is an Italian actress and TV personality who made her film debut in the 2008 comedy Ultimi della classe playing a teacher who had appeared in a “sexy” calendar shoot. In 2007, Tommasi herself had appeared topless in a Max Calendar shoot, and appeared in the 2011 miniseries Follow Your Dreams. In 2015, she was hired by the amateur soccer club Marruvium. Tommasi is also notable for her relationships with soccer stars Ronaldinho and Mario Balotelli. She has been married to Antonio Orso since March 2021. 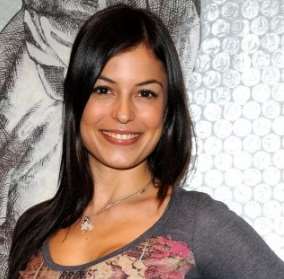 Sara Tommasi Facts:
*She was born on June 9, 1981 in Narni, Italy.
*She earned a degree in economics from the Bocconi University.
*She started appearing as a dancer on the show Quelli Che…il Calcio in 2005.
*She made her film debut in 2008.
*She appeared n*de in an episode of the television series Crimini in 2010.
*She has dated soccer players Ronaldinho and Mario Balotelli.
*Follow her on Instagram.