American retired professional tennis player and former world No. 1 who achieved a career-high singles ranking of World No. 1 on November 3, 2003, and a doubles ranking of world No. 50 on January 11, 2010. Turning professional in 2000, Roddick won a Grand Slam singles event (2003 US Open) and reached four other major finals (Wimbledon in 2004, 2005, and 2009, and the US Open in 2006), losing to rival Roger Federer each time. He is known for his powerful serves and held the world record for fastest serve at 155 mph (249 km/h). He has appeared on various TV shows such as ‘Sabrina the Teenage Witch’, ‘Late Show with David Letterman’, ‘Late Night with Conan O’Brien’, ‘Jimmy Kimmel Live!’, ‘The Tonight Show with Jay Leno’, ‘The Ellen DeGeneres Show’, and ‘Friday Night with Jonathan Ross’. 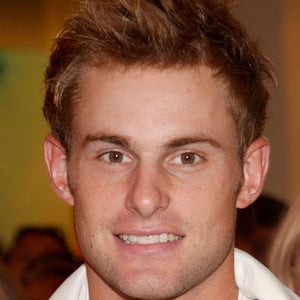 Andy Roddick Facts:
*He was born on August 30, 1982 in Omaha, Nebraska, USA.
*The youngest son of Blanche Corell, a school teacher, and Jerry Roddick, a businessman, Roddick has two older brothers, John and Lawrence, who were both promising tennis players at a young age.
*Growing up, his tennis idol was Andre Agassi.
*He made his senior tennis debut at the USA F2 Futures tournament in May 1998.
*He turned professional in 2000.
*He reached World No. 1 ranking in men’s tennis in 2003 after defeating Juan Carlos Ferrero of Spain at the US Open finals.
*He reached the finals of three Wimbledon events from 2003 to 2009.
*He is the receiver of the Arthur Ashe Institute for Urban Health, the first male tennis player to ever receive it.
*He is the first male tennis player to ever have hosted ‘Saturday Night Live’.
*He retired from professional tennis following the 2012 US Open to focus on his work at the Andy Roddick Foundation.
*He was inducted into the International Tennis Hall of Fame in 2017.
*He dated singer/actress Mandy Moore from 2003 to 2004.
*He married swimwear model and actress Brooklyn Decker in 2009. They have two children.
*Visit his official website: www.arfoundation.org