Angela Bassett is an American actress. She is best known for her roles in the films Waiting to Exhale, What’s Love Got to Do With It, Notorious, How Stella Got Her Groove Back, The Rosa Parks Story, The Jacksons: An American Dream, Malcolm X and Black Panther. For her performance in What’s Love Got to Do with It, she was nominated for the Academy Award for Best Actress and won the Golden Globe Award for Best Actress – Motion Picture Comedy or Musical. Born Angela Evelyn Bassett on August 16, 1958 in New York City, to Betty Jane and Daniel Benjamin Bassett, she was raised in Harlem with her sister D’nette. She studied at Yale University and received her Bachelor of Arts in African-American history in 1980. She has been married to Courtney B. Vance since October 12, 1997. They have twins; son Slater Josiah Vance and daughter Bronwyn Golden Vance. 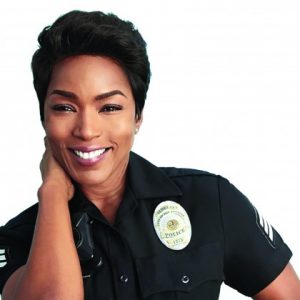 Angela Bassett Facts:
*She was born on August 16, 1958 in New York City, New York, USA.
*She used to work as a photo researcher at U.S. News & World Report magazine.
*On July 13, 2013, she was initiated as an honorary member of Delta Sigma Theta sorority.
*She met her future husband Courtney B. Vance in Yale in 1986.
*She is friends with Marianne Jean-Baptiste, Nancy Wilson, and Loni Love.
*Follow her on Twitter, Facebook and Instagram.