Tom Crean is an American college basketball coach who is currently the head coach of the Georgia Bulldogs of University of Georgia in Athens, Georgia. He was the head coach at Marquette University from 1999 to 2008, and Indiana Hoosiers men’s basketball team 2008 to 2017. He was named the mid-season Jim Phelan National Coach of the Year, the Sporting News Big Ten Coach of the Year, and the ESPN.com in 2012. Born Thomas Aaron Crean on March 25, 1966 in Mount Pleasant, Michigan, USA, he was an assistant coach at Mount Pleasant High School for five seasons, and at Alma College. He joined Western Kentucky in 1990, and served as the associate head coach for four seasons under Ralph Willard. He has been married to Joani Harbaugh since May 29, 1993. They have two daughters named Ainsley and Megan and a son named Riley. 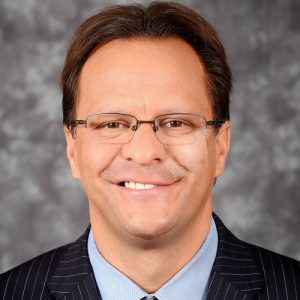 Tom Crean Facts:
*He was born on March 25, 1966 in Mount Pleasant, Michigan, USA.
*His birth name is Thomas Aaron Crean.
*In March 1999, he was named head coach at Marquette University.
*He was named head coach of the Georgia Bulldogs on March 15, 2018.
*He met his future wife, joani, while an assistant to Ralph Willard at Western Kentucky University (WKU) through a mutual friend, Ron Burns, at a gym where she was working as an aerobics instructor.
*Follow him on Twitter.