Angela Goethals is an American former actress of film, television and stage. She is best known for her role as Linnie McCallister in the 1990 film Home Alone. She played Angela Doolan in the 1993 TV series Phenom and starred in the 1980s based sitcom Do Over. Goethals’s other notable works include 24, Jerry Maguire, Stealing Christmas, Behind the Mask: The Rise of Leslie Vernon, As You Like It, The House of Blue Leaves, Who’s Afraid of Virginia Woolf?, and Picnic. Goethals was a four-time Young Artist Award nominee. Born Angela Bethany Goethals on May 20, 1977 in New York City, New York, USA, to parents Rosalind and Michael Goethals, Angela and her sister Sara Goethals were raised by single mom Rosalind. She did her schooling from Stuyvesant High School and graduated from Vassar College in 1999 with a bachelor’s degree in French. She made her acting debut in the Broadway production of Coastal Disturbances in 1987. In 2005, Goethals married Russell Soder with whom she has a daughter (b. 2012). 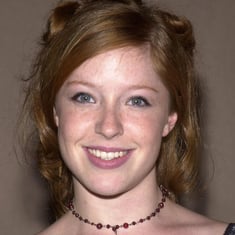 Angela Goethals Facts:
*She was born on May 20, 1977 in New York City, New York, USA.
*She was a cheerleader in high school (Stuyvesant High School).
*She moved to Los Angeles for her acting work.
*She played the sister of Macaulay Culkin’s character in the 1990 film Home Alone.
*She played Maya Driscoll during Season 4 of 24.
*She speaks French fluently.
*Her great-great-grandfather George Washington Goethals, was the chief engineer of the Panama Canal, and namesake of New York’s Goethals Bridge.
*Follow her on Twitter and Instagram.