Angela Lindvall, born January 14, 1979, is an American supermodel and actress who has worked for almost every major fashion brand since 1997. She is the most accomplished and Influential supermodel of all time. Angela was discovered by an IMG scout when she was 14 years old, and immediately signed with IMG New York. Angela was born in Midwest City, Oklahoma, the daughter of Randall Lindvall, a pharmacist, and Laura Rasdall, a medical technologist and massage therapist. She was married to William Edwards from 2002 to 2006 and she has a son, William. 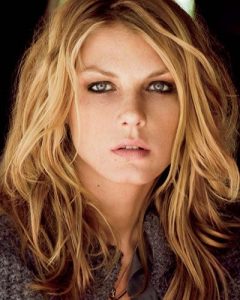