Linda Edna Cardellini, born June 25, 1975, is an American actress who rose to stardom with role as Lindsay Weir on Freaks and Geeks. She is also known for her roles Samantha Taggart on ER, Velma Dinkley in the live-action Scooby-Doo feature films, Sylvia Rosen, a neighbor of Don Draper’s on the AMC drama series Mad Men, Meg Rayburn on the Netflix original series Bloodline, Cassie in Brokeback Mountain, and Laura Barton in Avengers: Age of Ultron. She also voices the characters Wendy on Disney’s Gravity Falls and Megan Sparkles on Nickelodeon’s Sanjay and Craig. Cardellini was born in Redwood City, California, to Lorraine, a homemaker, and Wayne David Cardellini, a businessman. She belongs to English, Irish, Italian, and German descent. She gave birth a daughter Lilah-Rose Rodriguez on February 29, 2012. Child’s father is her boyfriend, Steve Rodriguez. 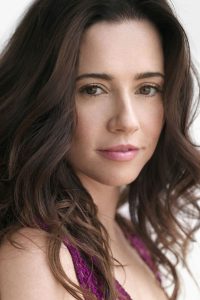 Relationships/Affairs:
*Cardellini has been in relationships with Justin Rogina (2008), Jason Segel (2001-2007) and Nicholaus Goossen.

Linda Cardellini Facts:
*She has English, Irish, Italian, and German ancestry.
*She loves Margaret Keane’s paintings.
*She has a passion for martial arts.
*She made her first public appearance at age 10, when she sang in a school play.
*FHM magazine named her one of the top 100 Sexiest Women in the World in 2006.
*Follow her on Twitter, Facebook and Instagram.