Angie Miller is an American singer and songwriter who finished third in the twelfth season of American Idol in 2013. Miller released her single “This Christmas Song” on December 3, 2013. Her debut EP, Weathered, was released independently on November 12, 2014. Her second EP A Weekend in Maine was released on May 17, 2019. 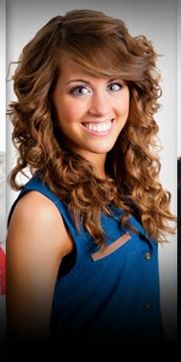 Angie Miller Facts:
*She was born on February 17, 1994 in Beverly, Massachusetts, USA.
*Her parents are the pastors of the Remix Church in Salem.
*She was diagnosed with hearing loss in both of her ears as a child.
*She placed third on the twelfth season of American Idol in 2013.
*She released her first post-Idol single “You Set Me Free” in 2013.
*She is a big fan of Beyonce Knowles and Jessie J.
*She is a practicing Christian.
*Visit her official website: www.zealyn.co
*Follow her on Twitter, SoundCloud, Facebook and Instagram.