Kenny Rogers was a Grammy Award-winning American country music singer, songwriter, musician, actor, record producer, and entrepreneur whose best known songs include “The Gambler,” “Islands in the Stream” and “Lucille”. He sold more than 100 million records worldwide during his lifetime, making him one of the best-selling music artists of all time. His 1970s albums The Gambler and Kenny went 5x platinum and 3x platinum, respectively. Rogers also acted in several films and television series. He starred as race car driver Brewster Baker in the 1982 comedy/drama film Six Pack. 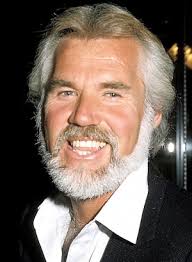 Born Kenneth Ray Rogers on August 21, 1938 in Houston, Texas, to parents Lucille Lois and Edward Floyd Rogers, he was of Irish and Native American descent. He was educated at Wharton Elementary School, George Washington Junior High School, and Jefferson Davis High School (now Northside High School). Rogers also attended the University of Houston in Houston, Texas, but did not graduate. He was married five times and had four sons named Christopher, Jordan, Justin and Kenny Jr. as well as a daughter named Carole. On March 20, 2020, Rogers died under hospice care in Sandy Springs, Georgia from natural causes, at age 81.

Kenny Rogers Facts:
*He was born on August 21, 1938 in Houston, Texas, USA.
*He won a talent show at the Texan Theatre in 1949.
*His signature song, 1978’s “The Gambler”, was a crossover hit that won him a Grammy Award in 1980 and was selected in 2018 for preservation in the National Recording Registry by the Library of Congress.
*He was named “Favorite Singer of All Time” in a “PM Magazine/USA Today” poll in 1986.
*He was voted “Favorite Male Vocalist” by People magazine readers in 1989.
*He was elected to the Country Music Hall of Fame in 2013.
*He owned a franchise of roast chicken restaurants called “Kenny Rogers Roasters”.
*Visit his official website: www.kennyrogers.com