Angus Macfadyen is a Scottish actor. He is best known for his portrayal of Robert the Bruce, both in Braveheart and Robert the Bruce, Vice-Counsel Dupont in Equilibrium, Jeff Denlon in the Saw franchise, Robert Rogers in the AMC historical drama Turn: Washington’s Spies, McCreedy in Cameron Crowe’s We Bought a Zoo, and biologist James Murray in The Lost City of Z. His television credits include Californication, Criminal Minds, Miracles, Turn: Washington’s Spies, and The Pinkertons. Born on September 21, 1963 in Glasgow, United Kingdom, his father was a doctor in the World Health Organization. He attended the University of Edinburgh and the Central School of Speech and Drama in London. He was once engaged to Catherine Zeta-Jones. 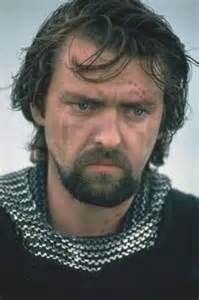 Angus Macfadyen Education:
The Royal Central School of Speech and Drama
The University of Edinburgh

Angus Macfadyen Facts:
*He was born on September 21, 1963 in Glasgow, United Kingdom.
*He brought up in many places including the Philippines, Africa, Singapore and France because of his father’s work.
*He is one of only two British actors to play ‘Orson Welles’, the other being Christian McKay.
*He is fluent in French.
*Visit his official website: www.angusmacfadyen.com
*Follow him on Twitter.