Anju Inami is a Japanese voice actress, stage actress and singer who is currently affiliated with Sony Music Artists. Inami is best known for her role as Chika Takami in the series’ successor Love Live! Sunshine!!. As a stage actress, Inami’s notable roles include Ino Yamanaka in Naruto Live Spectacle, Yuri Oshimoto in Teekyuu stage shows and Ibuki Mioda in Danganronpa 2 2015 and 2017 stage plays. Born on February 7, 1996 in Saitama Prefecture, Japan, she graduated from Yoyogi Animation School. Inami aspired to become a voice actress after watching the anime series Clannad. She debuted as a voice actress in a short animation Hinata no Aoshigure. 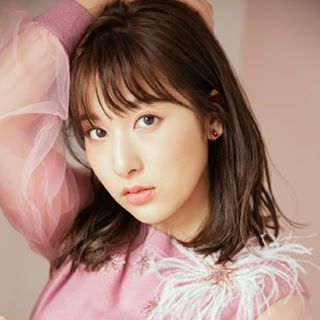 Anju Inami Facts:
*She was born on February 7, 1996 in Saitama Prefecture, Japan.
*She won the 2nd Grand Prix of Sony Music Artists’ Anistoteles in 2012.
*Her hobbies include watching movies and as going to the aquarium alone.
*Visit her official website: www.anjuinami.com
*Follow her on Twitter, Facebook and Instagram.