Ann Wilson is an American musician best known as the lead vocalist, flute player, songwriter, and occasional guitar player of the hard rock band Heart, whose hit songs include, ‘Barracuda’, ‘Alone’, ‘What About Love?’, ‘Crazy on You’, and ‘All I Wanna Do Is Make Love to You’. She formed the band alongside her sister Nancy Wilson. In 2006, she was listed as one of the Top Heavy Metal Vocalists of All Time by Hit Parader. She was born Ann Dustin Wilson, on June 19, 1950 in San Diego, California USA. She is the daughter of Lois and John Wilson, and sister to Nancy Wilson and Lynn Wilson. She was educated at Sammamish High School and Interlake High School. She has been married to Dean Wetter since 2015. She has two adopted children: a daughter named Marie and a son named John. 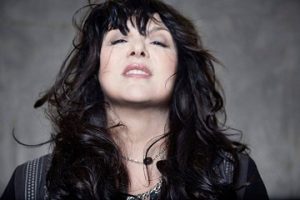