Born Anna Ragsdale Camp on September 27, 1982 in Aiken, South Carolina, to Dee and Thomas Camp, Anna Camp is an actress and singer. She is best known for her portrayal of Sarah Newlin on the HBO vampire drama True Blood, and for her role as Aubrey Posen in the musical comedy Pitch Perfect film series. She also had a recurring roles in Mad Men, The Good Wife, The Mindy Project, and Vegas. She made her Broadway debut in the 2008 production of The Country Girl and played Jill Mason in the 2008 Broadway revival of Peter Shaffer’s Equus. 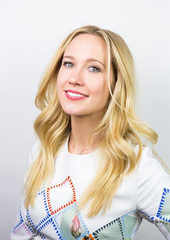 Anna Camp Facts:
*She was born on September 27, 1982 in Aiken, South Carolina, to parents Dee and Thomas Camp.
*Her ancestry includes English, Scottish, and smaller amounts of German, Dutch, French, Swiss-German, Swedish, and Welsh.
*She started acting in second grade in South Carolina.
*She starred as Aubrey Posen in the 2012 musical romantic comedy film Pitch Perfect.
*She is the President of Vodka Cran Productions.
*She has a dog named Rocky.
*From 2010 to 2013, Camp was married to Michael Mosley.
*In 2016, she married Skylar Astin.
*Follow her on Twitter and Instagram.