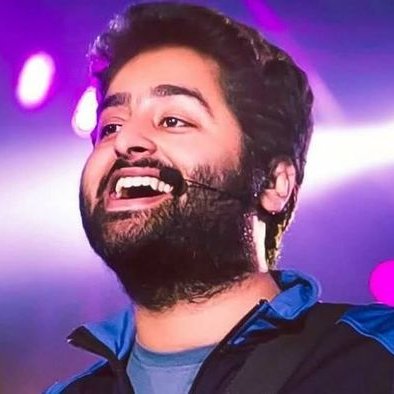 Arijit Singh Facts:
*He was born on April 25, 1987 in Jiaganj Azimganj, India a Sikh father and a Bengali mother.
*He began his music training at a very young age at home.
*He was one of top six contestants in reality-singing series, Fame Gurukul in 2005.
*He lent his voice for Pritam-composed 2012 film Barfi! and Vishal-Shekhar-composed Shanghai.
*He received his first National Film Awards for the song “Binte Dil” from Padmaavat in 2019 for Best Male Playback Singer.
*Spotify declared him the most-streamed Indian artist of the year 2020.
*He idolized musicians like Bade Ghulam Ali Khan, Ustad Rashid Khan, Zakir Hussain and Anand Chatterjee.
*He enjoyed listening to Kishore Kumar, Hemant Kumar and, Manna Dey.
*His second marriage was to Koel Singh.
*Follow him on Twitter, Facebook and Instagram.