Anna Torv is an Australian actress. She is best known for her portrayal of FBI agent Olivia Dunham on the Fox science fiction series Fringe, for which she was nominated for the Critics’ Choice Television Award for Best Actress in a Drama Series and received four Saturn Awards for Best Actress on Television. She is also known for television roles as Harriet Dunkley on Secret City, Gwendoline Churchill on Deadline Gallipoli, Wendy Carr on Mindhunter, and Helen Norville on The Newsreader. She also had a recurring roles in Young Lions, The Secret Life of Us, and Mistresses. 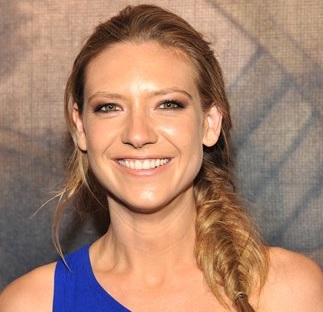 Anna Torv Facts:
*Born on June 7, 1979 in Melbourne, Australia, she grew up in Gold Coast, Queensland.
*She is of Estonian descent on her father’s side, and of Scottish descent on her mother’s side.
*She has a younger brother named Dylan.
*She graduated from Benowa State High School in 1996.
*She graduated from Australia’s National Institute of Dramatic Art (NIDA) with a degree in Performing Arts (Acting) in 2001.
*She played FBI agent Olivia Dunham on the Fox television series Fringe from 2008 to 2013.
*She was listed among TV Guide’s Fall TV’s New Faces of 2008.
*She is good friends with Lena Headey.
*She enjoy hiking, horseback riding, swimming, and surfing.
*She was married to American actor Mark Valley from 2008 to 2009.