Annabella Sciorra is an American actress of film, television, and stage. She has starred in such films as What Dreams May Come, Cadillac Man, Cop Land, The Hand That Rocks the Cradle and Jungle Fever. She played Gloria Trillo on the HBO series The Sopranos, for which she received an Emmy nomination. She played Detective Carolyn Barek on Law & Order: Criminal Intent from 2005 to 2006. Born Annabella Gloria Philomena Sciorra in Wethersfield, Connecticut, on March 29, 1960, she is the daughter of a housewife mother and a veterinarian father. She belongs to Italian descent. Her father is from Carunchio, Province of Chieti, Abruzzo, Italy and her mother’s family is from Maranola, Province of Latina, Lazio, Italy. She is a graduate of Brooklyn’s South Shore High School and American Academy of Dramatic Arts. She studied drama at HB Studio in Greenwich Village in New York City. She was married to Joe Petruzzi from 1989 to 1993. 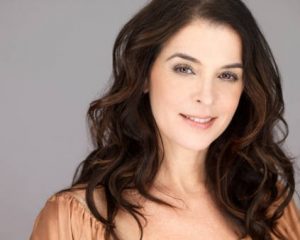 Annabella Sciorra Facts:
*She is of Italian heritage.
*At age 21, she founded the Brass Ring Theater Company.
*She dated actor Bobby Cannavale from 2004 to 2007.
*For her role in the 1989 film True Love, she received an Independent Spirit Award nomination for Best Female Lead.
*In 2017, Annabella alleged she was raped by Harvey Weinstein after he barged his way into her apartment in the 1990s.
*Follow her on Twitter.