Humaima Malick is a Pakistani actress and model born in Quetta, Pakistan. She appeares in both television and film. Humaima made her film debut in Shoaib Mansoor’s 2011 Bol, for which she received an Asia Pacific Screen Award for Best Performance by an Actress nomination. She played Annie in the 2015 film Dekh Magar Pyaar Say. In addition to acting, she has appeared in fashion shows for numerous designers. Born Umaima Malik in Quetta, Pakistan, on November 18, 1987, she has one sister, Dua Malik, and one brother, Feroze Khan. She is a graduate of the Government Girls College. She was married to Shamoon Abbasi from 2010 to 2012. 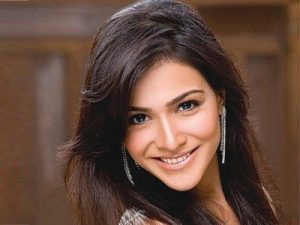 Humaima Malik Facts:
*She began her career as a model at the age of 14, appearing in a Unilever Pakistan campaign.
*She also walked the ramp for fashion designer Deepak Perwani.
*She was the brand ambassador of Samsung Galaxy Series.
*Follow her on Twitter, Facebook and Instagram.