Anne Haddy was an Australian actress, television presenter and voice artist, best remembered by the public for her television soap opera roles as Alice Hemmings in cult series Prisoner, Rosie Andrews on Sons and Daughters and most especially her long-running role as matriarch Helen Daniels on Neighbours. Haddy was also an original presenter of the local version of Play School and also provided her voice in some films of the animated “Dot” series. 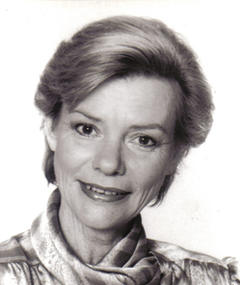 Anne Haddy Facts:
*She was born an only child on October 5, 1930 in Quorn, Australia.
*She made her acting debut on ABC Radio Adelaide in 1948.
*At 23, Haddy left Australia for the UK to pursue an acting career and further stage training.
*She was married to Max Dimmitt and actor and scriptwriter James Condon.