Anne Hegerty is a British television quiz personality and one of the five chasers on the ITV game show The Chase. She was a contestant in the 2018 ITV reality show I’m a Celebrity…Get Me Out of Here!, where she finished 7th. She has also appeared on several other television quiz shows, including Mastermind, Fifteen to One, Are You an Egghead?, Today’s the Day and Brain of Britain. Born Anne Solway Hegerty on July 14, 1958 in City of Westminster, London, United Kingdom, to parents Kenneth and Shirley Brereton Hegerty, she has one brother named Jon. She began her journalistic career in the 1980s as a reporter. She rose to fame on The Chase and went on to appear in I’m a Celebrity. 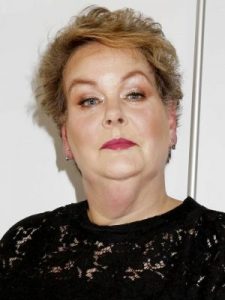 Anne Hegerty Facts:
*She was born on July 14, 1958 in City of Westminster, London, United Kingdom.
*One of the chasers on the ITV game show The Chase, alongside Paul Sinha, Mark Labbett, Shaun Wallace and Jenny Ryan.
*She began performing on The Chase at the start of the show’s second season in 2010.
*She placed among the top 50 in the World Quizzing Championships in 2014.
*Visit her official website: www.annehegerty.co.uk
*Follow her on Twitter.