Annie Potts is an American actress of film, television, and stage. She is best known for her roles in the films Ghostbusters, Pretty in Pink, Jumpin’ Jack Flash, Who’s Harry Crumb?, and Ghostbusters II. Potts is also known for television roles as Mary Jo Jackson Shively on the CBS sitcom Designing Women, Dana Palladino on the CBS sitcom Love & War and Mary Elizabeth (O’Brien) Sims on the Lifetime Television drama series Any Day Now. She lent her voice to the character of Bo Peep in the Disney and Pixar animated films Toy Story, Toy Story 2, and Toy Story 4. Potts’s other notable film and television appearances include: Heartaches, The Fosters, Corvette Summer, GCB, Goodtime Girls, Young Sheldon, Dangerous Minds, Over the Top, Joan of Arcadia, Law & Order: Special Victims Unit, and Chicago Med. For her role as Dana Palladino in the television series Love & War, she received an Emmy nomination. Born Anne Hampton Potts on October 28, 1952 in Nashville, Tennessee, to parents Dorothy Harris and Powell Grisette Potts, she was raised in Franklin, Kentucky. She did her schooling from Franklin-Simpson High School and studied theatre arts at Stephens College in Missouri. Potts made her film debut as Vanessa in the 1978 Metro-Goldwyn-Mayer comedy film Corvette Summer, for which she was nominated for a Golden Globe Award in 1979. She made her Broadway debut in God of Carnage (2009). She has been married to James Hayman since 1990. She was previously married to Steven Hartley from 1973 to 1978, Greg Antonacci from 1978 to 1979 and Scott Senechal from 1981 to 1989. She is the mother of three sons: Clay (with Scott Senechal), and two sons James and Harry (with James Hayman). 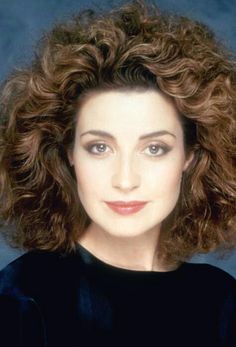 Annie Potts Facts:
*She was born on October 28, 1952 in Nashville, Tennessee, USA.
*She became interested in stage and film at an early age.
*She graduated from Stephens College with a bachelor’s in fine arts in theater.
*She is a fan of comedian Ray Romano and Irish actor Chris O’Dowd.