Anthony Martial is a French professional football player who plays as a forward for Premier League club Manchester United and the France national team. Martial played youth football for Les Ulis, and began his professional career at Lyon, then transferred to AS Monaco in 2013 for a fee of €6 million. He became the highest paid teenager in football history when he signed with Manchester United in 2015. Born Anthony Joran Martial on December 5, 1995 in Massy, France, to parents Audrey and Joran Martial, he is of Guadeloupean descent. He has two daughters with his ex-wife Samantha. 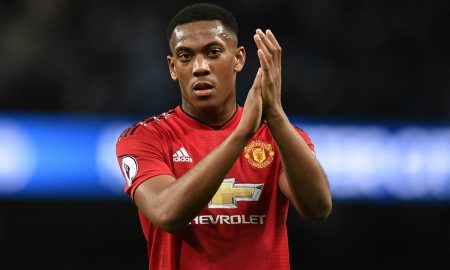 Anthony Martial Facts:
*He was born on December 5, 1995 in Massy, France.
*He started playing football at Les Ulis and made his professional debut for Lyon in December 2012.
*He moved to AS Monaco in 2013, and then to Manchester United in 2015.
*He was a part of the French national team for their under-16 through under-21 squads.
*He began playing for the senior French national team in August 2015.
*Follow him on Twitter, Facebook and Instagram.