Antonia Lofaso is an American professional chef, writer, and television personality. She is known for her appearances on reality television shows such as Top Chef, Chopped, Cutthroat Kitchen and Restaurant Startup. She is co-owner and executive chef at the Los Angeles restaurants Black Market Liquor Bar, DAMA, and Scopa Italian Roots. Lofaso released her own book, The Busy Mom’s Cookbook: 100 Recipes for Quick, Delicious, Home-Cooked Meals, in August 2012. 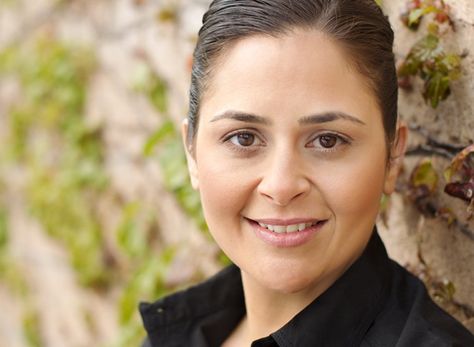 Born Antonia Marie Lofaso on November 23, 1976 in Northridge, Los Angeles, California, she is of Sicilian descent on her father’s side, and of Italian, and Jewish descent on her mother’s side. Her father, Fred Lofaso, helped inspire her love of cooking. Lofaso graduated from the French Culinary Institute in New York City and was a manager at Sean Combs’ restaurant, Justin. She then worked as a chef at the Los Angeles restaurants Spago and Foxtail. Lofaso has one daughter, Xea, born in 2000 from her relationship with recording artist Heavy D.

Antonia Lofaso Facts:
*She was born on November 23, 1976 in Northridge, Los Angeles, California, USA.
*She is of Sicilian (Italian) and Jewish descent.
*Her brother, Dominick Lofaso, owns a boxing gym.
*She attended the French Culinary Institute in New York City.
*She placed 4th on season four of the competition series “Top Chef,” also known as “Top Chef: Chicago.
*She served as the restaurant adviser for seasons 2 and 3 of the CNBC competition/investment show Restaurant Startup, in 2015 and 2016.
*Visit her official website: www.chefantonia.com
*Follow her on Twitter, Facebook and Instagram.