Katie Leung is a Scottish actress. She is best known for her portrayal of Cho Chang in the Harry Potter series. She also appeared in T2 Trainspotting, Run, The Nest, and Locked Down. She has also been in Teen Vogue and in Evening Standard. 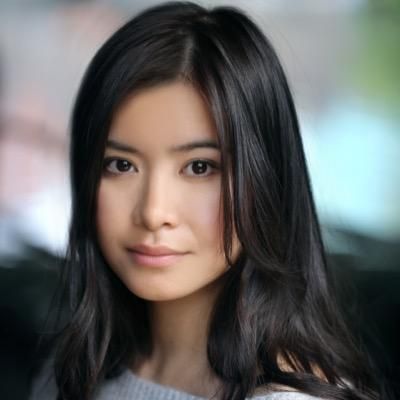 Born Katie Liu Leung on August 8, 1987 in Motherwell, Scotland, to parents Peter and Kar Wai Li Leung, she has two brothers named Jonathan and Darren and a younger sister named Violet. Leung went to school at Hamilton College, a Scottish private school in Glasgow, and studied art and design at the University of the Arts London. She began dating Hong Kong based singer, Leo Ku in February 2008.

Katie Leung Facts:
*Born on August 8, 1987 in Motherwell, Scotland, her parents divorced when she was three years old.
*Her father owns a restaurant and a fast food business in Motherwell.
*She began her acting career with 2005 fantasy film Harry Potter and the Goblet of Fire for her role as Cho Chang.
*Her favorite actor is Joaquin Phoenix.
*She received the title of “Scotland’s Most Stylish Female” in 2007.
*Her favorite Chinese actors are Stephen Chow and Aaron Kwok.
*She is fluent in English, Cantonese and a bit of Mandarin.
*She has a celebrity crush on Ryan Gosling.
*Follow her on Twitter and Instagram.