Anya Rozova is an American-Russian fashion model, best known as the runner-up of cycle 10 of America’s Next Top Model. Rozova has appeared in both Level Magazine and Nylon Magazine, and has appeared in such publications as Elle Hong Kong, Vogue Nippon, Cosmogirl Hong Kong and Marie Claire Hong Kong. She has worked with agencies Wilhelmina Models, Elite Models, and Kathy Muller Model Agency. Born on January 3, 1989 in Saint Petersburg, Russia, she was adopted at age four by Bal Patterson and Mike Kop, and grew up in Hawaii. She did her schooling from Moanalua Elementary School, Moanalua Middle School, and Waipahu High School. She is a naturalized US citizen. 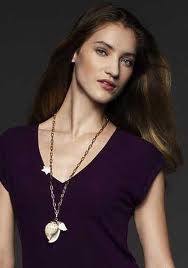 Anya Rozova Facts:
*She was born on January 3, 1989 in Saint Petersburg, Russia.
*While in high school, she danced Hula and Tahitian, and was a member of the Polynesian Club.
*She was the runner-up on America’s Next Top Model (ANTM), Cycle 10 in 2008.
*In 2008, she modeled clothing on The Tyra Banks Show.
*She was featured on Project Runway in 2009.
*After appearing on ANTM, she changed her last name from Kop to Rozova, to better reflect her Russian heritage.