April Parker Jones is an American actress. She is best known for her portrayal of Darcy Hawkins on the CBS post-apocalyptic drama series Jericho from 2006 to 2008, and for her role as Natalie Henning in the Oprah Winfrey Network prime time soap opera, If Loving You Is Wrong. Her other notable performances include: The Young and the Restless, 90210, Have a Little Faith, The Fosters, How to Get Away with Murder, Devious Maids, The Resident, and The Last Ship. In 2018, April joined the cast of The CW drama series Supergirl, portraying Colonel Lauren Haley. Born April D. Parker in Durham, North Carolina, USA, she attended North Carolina Central University. She has been married to Joseph J. Jones since June 30, 2007. They have two daughters. 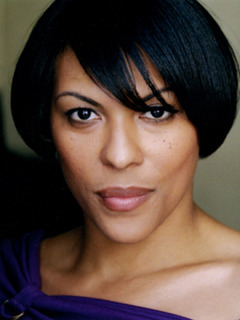 April Parker Jones Facts:
*She was born in Durham, North Carolina, USA.
*She started her career in the early 2000.
*She is married to Joseph J. Jones with whom she has two daughters.
*Follow her on Twitter, Facebook and Instagram.