Andre Royo is an American actor, writer, and producer. He is best known for his portrayal of Reginald “Bubbles” Cousins on the HBO crime drama series The Wire, and for his appearances on Hand of God, Fringe, Party Down, How to Make It in America, and the 2013 film The Spectacular Now. In 2015 he began appearing as Thirsty Rawlings in the television series Empire. Born on July 18, 1968 in Bronx, New York, his father is of Cuban descent, and his mother is African-American. He attended Mount Saint Michael Academy in The Bronx from 1982 to 1986. He made his acting debut in a minor role in the film L.A. Without a Map (1998). He is married to Jane Choi with whom he has a daughter named Stella. 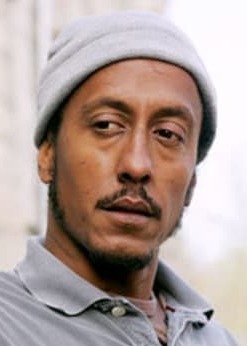 Andre Royo Facts:
*He was born on July 18, 1968 in Bronx, New York, USA.
*He is of Cuban descent on his father’s side.
*Best known for his role as Bubbles on HBO’s The Wire.
*He won a Special Jury Award at the SXSW Film Festival for his role in Hunter Gatherer in 2016.
*Currently, he appears as Thirsty Rawlings in the television series Empire.
*Follow him on Twitter and Facebook.