Ara Mina is an actress, singer and entrepreneur from Manila, Philippines. She is best known for playing the role of Luna in the 2004 drama Minsan Pa and her role in the television series Wansapanataym. She played Vultra/Violeta/Veronica in the Philippine television drama fantasy series Mulawin. In 2017, she starred in Pinulot Ka Lang sa Lupa. For her performance in Mano Po, she received a Metro Manila Film Festival Best Actress award nomination. Born as Hazel Pascual Reyes in Manila, Philippines, on May 9, 1979, to Venus Imperial and Chuck Mathay, Ara Mina is the eldest of nine siblings. She was raised in Marikina City with her mother, Francis Marie Klenk and stepfather, Romeo Reyes. She had a daughter named Amanda Gabrielle Meneses in December 2014 with the mayor of Bulakan, Patrick Meneses. 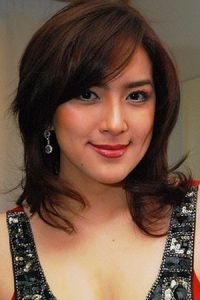 Ara Mina Facts:
*She is the daughter of Philippines politician Chuck Mathay, who is currently a congressman in Quezon City.
*She is the half-sister of Filipino television actress Cristine Reyes.
*She owned a restaurant Osteria 88, and also owns Cafe Mina in Riverbanks.
*She has been collecting toy cars since she was a kid, which are now displayed in her entertainment room.
*Follow her on Twitter and Instagram.