Mark Harmon is an American actor of television and film. He is best known for his portrayal of a doctor on the long-running show St. Elsewhere. He is also known for his roles on Chicago Hope and NCIS. For his performance in Eleanor and Franklin: The White House Years, he received a Primetime Emmy Award for Outstanding Supporting Actor nomination. Born Thomas Mark Harmon in Burbank, California, on September 2, 1951, he is the son of Tom Harmon and Elyse Knox, and younger brother to Kelly Harmon and Kristin Harmon. He is the uncle of Tracy Nelson, Matthew Nelson, Gunnar Nelson, Sam Nelson. He graduated cum laude from UCLA, 1974, with a degree in communications. He has been married to Pam Dawber since 1987. They have two sons together. 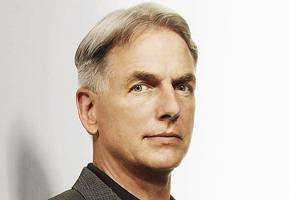 Mark Harmon Facts:
*He is the youngest child in his family.
*He was a marathon runner and knows how to play the guitar.
*He played football while in UCLA.
*His favorite tv series while growing up was Combat! (1962).
*He was voted the fourth most popular actor on prime time television in 2011.
*When he was 13, he bought his first car, 1928 Ford.