Arden Cho is an American actress, singer and model. She is best known for her portrayal of Kira Yukimura on MTV’s teen drama and horror show Teen Wolf. Other notable television roles include Lexii C. in Tween Fest, Tonya in Freakish, Arden Young in Miss 2059, and Emily Choi in Chicago Med. Cho also played Taylor in the 2010 short film Agents of Secret Stuff. As a model, Cho has advertised for Clinique in 2010 in Asia, and modeled for Reebok Korea in 2010 and for Nike Japan in 2008. She has also modeled for Apple and Alexander McQueen and appeared in Vogue, Purple Fashion and Nylon Magazine. In 2011, Cho released her debut single, “I’m Just a Girl”, and her debut EP My True Happy, was released in 2013. Cho became CEO of Leonard & Church, a New York City-based watch company on February 6, 2019. Born Arden Lim Cho on August 16, 1985 in Amarillo, Texas, to Korean-American parents, Cho was raised in San Antonio and Plano, Texas. In 2003, Cho graduated from Apple Valley Senior High School in Apple Valley, MN, and earned a degree in psychology from the University of Illinois. She was once in a relationship with YouTuber Ryan Higa. 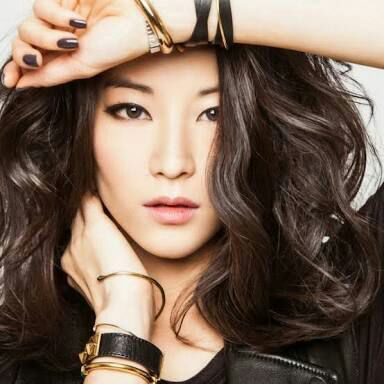 Arden Cho Facts:
*Born on August 16, 1985 in Amarillo, Texas, she is of Korean descent.
*Growing up, she was active in painting, dancing, martial arts, sports, and music.
*She was a cheerleader for eight years.
*She is fluent in both Korean and English.
*She is a black belt and grew up training with her father, who is a grandmaster.
*She is an avid poker player and has been playing since 2002.
*She competed in the 2018 World Series of Poker, placing 662nd with $21,750.
*Visit her official website: www.ardencho.bigcartel.com
*Follow her on Twitter, YouTube, Facebook and Instagram.