Arjumman Mughal is an Indian actress and international fashion model who started her modelling career at the age of 13, and worked in various ad films, including Visa Credit Card (International) Moonstar Cosmetic, Electrolux, Hindustan Unilever, BigBazaar, FutureBazar.com, Gehna Jewellers, Sonashi Electronics, Karikkineth Sarees Kerala, Videocon, Malabar Gold, Vishal Megamart, ICICI Privilege banking, Chandna brothers, Alukas’s and Epari Sadashiv Jewellers, she shot for many Indian and International designer clothing brands. Mughal made her acting debut with the super-hit Tamil film Pazhaniappa Kalloori, and debuted in Bollywood playing the role of Amreen in the 2014 film Ya Rab, for which she got 12 awards including Shourya awards and Ambedkar awards. She played Pushpa in the 2020 Indian Hindi-language comedy-drama thriller film, O Pushpa I Hate Tears. 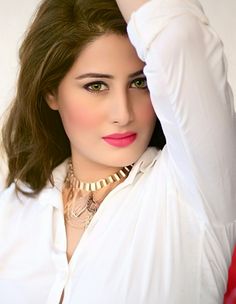 Born on January 1, 1994 in Nowshera, Jammu and Kashmir, India, to parents Asiya Mughal, a homemaker, and Mohd. Isahaq Mughal, an army officer who later got into construction business in Mumbai. Mughal completed her schooling in Jammu and then moved to Delhi, she studied in delhi for a year and moved to Mumbai, where she did her BA. in psychology.

Arjumman Mughal Facts:
*She was born on January 1, 1994 in Nowshera, Jammu and Kashmir, India.
*She started her career in modelling at the age of 13.
*In total, she has done 2133 ads, including print and commercials all across India and International markets, including China, Paris, London, Singapore and many more.
*She made her Bollywood debut in Ya Rab (2014).
*Follow her on Facebook and Instagram.