Art Hindle is a Canadian television and movie actor and director who starred in, and directed, the award-winning television series Paradise Falls, shown nationally in Canada on Showcase Television (2001–2004). He also starred in The Proud Rider and appeared in MacGyver. Art also appeared in Porky’s, Full Out and 21 Jump Street. Born Arthur Hindle on July 21, 1948 in Halifax, Nova Scotia, Canada, to a Navy family, his family moved to Toronto while he was a child. Hindle grew up in Bowmanville, and later at the Beaches area of Toronto, attending Riverdale Collegiate and Malvern Collegiate. He studied Method at the Eli Rill workshop. He married Brooke Hindle in 2004 and they have eight children together. 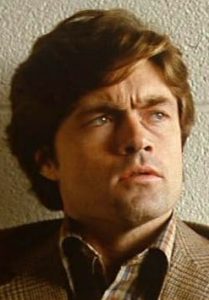 Art Hindle Facts:
*He was born on July 21, 1948 in Halifax, Nova Scotia, Canada.
*He modeled clothes for catalogs for Canadian companies Simpsons-Sears and Eaton’s before he became an actor.
*His first major role was in a biker movie, The Proud Rider (1971), spawned by the popularity of Easy Rider (1969).
*He also was a stockbroker and an amateur photographer.
*He is a big fan of Elvis Presley and rock n’ roll.
*Follow him on Twitter.