Aryna Sabalenka is a Belarusian professional tennis player who has been ranked as high as No. 3 in singles and No. 1 in doubles by the Women’s Tennis Association (WTA). Turning professional in 2015, Sabalenka has won two Grand Slam doubles titles, the 2019 US Open and the 2021 Australian Open, alongside Elise Mertens. She has won sixteen WTA titles in total, ten in singles and six in doubles. Born Aryna Siarhiejeŭna Sabalenka on May 5, 1998 in Minsk, Belarus, her father Sergey (d. 2019) was a hockey player. She has a young sister. Sabalenka studied at the Belarusian State University in a sports-related program. 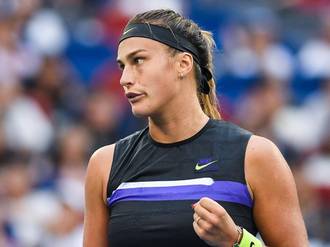 Aryna Sabalenka Facts:
*She was born on May 5, 1998 in Minsk, Belarus.
*Growing up, her tennis idols were Serena Williams and Maria Sharapova.
*She started playing on the ITF Women’s Circuit in 2012, even before she competed on the ITF Junior Circuit.
*She won her first professional match at the very end of 2014 in Istanbul.
*She won her first Grand Slam title in doubles at the 2019 US Open alongside Elise Mertens.
*She has a tiger tattoo on her left arm.
*She lost her father, Sergey Sabalenka, in 2019. He was 44 years old.
*Visit her official website: www.arynasabalenka.com
*Follow her on Twitter and Instagram.