Born Asa Takigami on January 3, 1986 in Manhattan, New York, Akira is the only child of Japanese immigrant parents Taeko and Kenji Takigami. She lived in Japan between the ages of six and thirteen. She was educated at United Nations International School, Washington Irving High School, and City-As-School. Akira started her career in the ad*lt entertainment industry in 2006, at the age of 20. She has appeared in over 760 ad*lt films. She made her directorial debut in 2013 with Elegant Angel’s Gangbanged 6. She was married to ad*lt film actor and director Toni Ribas from 2012 to 2017. [© celebsfacts.com] She has a son through another relationship in March 2019. 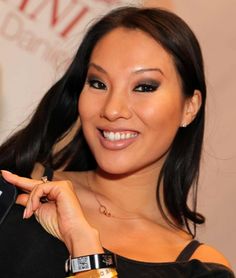 Asa Akira Facts:
*She was born on January 3, 1986 in Manhattan, New York, USA.
*Her parents are both Japanese immigrants.
*As a teenager, she worked as a cashier at the Books of Wonder children’s bookstore in New York.
*She graduated high school in 2004.
*She started her career in the ad*lt entertainment industry in 2006.
*She was once engaged to ad*lt film actor Rocco Reed.
*She became the second Asian person to win the AVN Female Performer of the Year Award in 2013.
*Visit her official website: www.asaakira.com
*Follow her on Twitter and Instagram.