Ashleigh Chisholm is an Australian actress and model. She is best known for playing the role of Fliss Sidebotham in the television series The Sleepover Club (2003). She had appeared as Jennelle in an episode of Home and Away in 1998. Born Ashleigh Tiffany Chisholm Watson on June 6, 1990, in Sydney, New South Wales, Australia, she began acting at age 4. Her first appearance was in the Home and Away in 1998. She was cast in the 2011 horror film Submerged. She was in a relationship with Sean Flynn from 2009 to 2010. 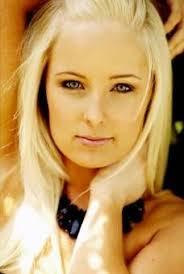 Ashleigh Chisholm Facts:
*She was born on June 6, 1990 in Australia.
*She was a back-up singer in the Australian Idol grand final and a back-up dancer for The Veronica’s concert.
*She dated Sean Flynn from 2009 to 2010.
*Her hobbies include reading, writing and listening to music.