Ashleigh Murray is an American actress and singer, best known for portraying Josie McCoy on The CW teen drama series Riverdale. In 2017, she starred in the Netflix movie Deidra & Laney Rob a Train. She will reprise her role as Josie McCoy in the Riverdale spin-off series Katy Keene. Ashleigh was born Ashleigh Monique Murray on January 18, 1988 in Kansas City, Missouri, USA. In the fifth grade, she moved to Oakland, California, to live with her aunt for two years, and studied piano, jazz and hip-hop. After graduating from high school in Kansas City, Missouri, she studied at the New York Conservatory for Dramatic Arts, graduating in 2009. 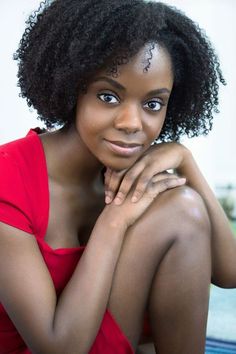 Ashleigh Murray Facts:
*She was born on January 18, 1988 in Kansas City, Missouri, USA.
*She is a 2009 graduate of New York Conservatory for Dramatic Arts.
*She was a part of the Lady Gaga’s MTV VMA promo video in 2013.
*Follow her on Twitter and Instagram.