Casey Cott is an American actor. He is best known for portraying Kevin Keller on The CW television series Riverdale. Casey’s other notable works include Law & Order: Special Victims Unit, All the Little Things We Kill, and Instinct. Born Casey Morton Cott on August 8, 1992 in New Jersey, USA, to parents Rick and Lori Cott, he is the younger brother of actor Corey Cott. He also has a younger sister named Carly. Casey was educated at Chagrin Falls High School and Carnegie Mellon School of Drama. He began his acting career performing in local Ohio theater. 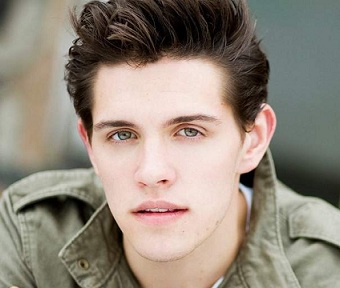 Casey Cott Facts:
*He was born on August 8, 1992 in New Jersey, USA.
*He studied at the Carnegie Mellon University College of Fine Arts, graduating in 2016
*He began his professional acting career appearing in productions of Bloody Bloody Andrew Jackson and Romeo and Juliet, among others.
*Currently, he resides in New York City.
*Follow him on Twitter, Facebook and Instagram.