Ashley Greene is an American actress and model. She is best known for portraying Alice Cullen in the Twilight Saga films. She has also starred in the films Skateland, Summer’s Blood, and the Dark Castle Entertainment horror film The Apparition. Born Ashley Michele Greene on February 21, 1987 in Jacksonville, Florida, to parents Michele and Joe Greene, she grew up in Middleburg and Jacksonville. She has an older brother named Joe. She was educated at Samuel W. Wolfson High School in Jacksonville, Florida. On July 6, 2018, Greene married her boyfriend of 5 years Paul Khoury in San Jose, California. 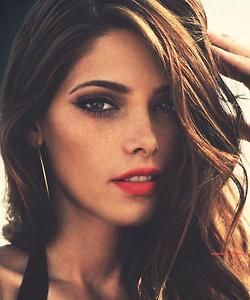 Ashley Greene Facts:
*She was born on February 21, 1987 in Jacksonville, Florida, USA.
*At first, she wanted to be a model but got told that she was too short and was advised to take up acting.
*At age 17, she moved to Los Angeles to pursue an acting career.
*She posed for SoBe advertisements in a spray-on bikini in 2010.
*She is close friends with Jackson Rathbone, Nikki Reed, Kellan Lutz and Rachelle Lefevre.
*She is a Florida Gators fan.
*From 2007 to 2009, she dated Chace Crawford.
*Follow her on Twitter, Facebook and Instagram.