Ashley Newbrough is an American-Canadian actress. She is best known for television roles as Sage Baker on Privileged, Audrey Quinlan on Radio Free Roscoe and Kyra on ABC’s Mistresses in seasons 1 and 2. From 2007 to 2008, Newbrough played Dallas, Cake’s (Chris Bolton) daughter, on the award-winning Canadian sport comedy Rent-a-Goalie. Newbrough’s other notable works include Love Under the Stars, Degrassi: The Next Generation, The Best Years, You May Now Kill the Bride, Snowmance, Small Town Christmas, A Merry Christmas Match, and Christmas Love Letter. Born Ashley Elizabeth Ann Newbrough on October 13, 1987 in Newport, Rhode Island, her father, Greg Newbrough, was a captain in the USMC. She moved to Canada at age three and grew up in Cambridge, Ontario. She was educated at St. Benedicts C.S.S, in Cambridge, Ontario. Newbrough started her career at age 10 by appearing in a wide array of commercials, and made her television debut in 2000 on The Zack Files. She has been in a relationship with actor Matt Shively since 2018. 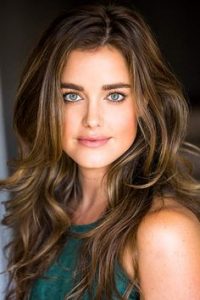 Ashley Newbrough Facts:
*She was born on October 13, 1987 in Newport, Rhode Island, USA.
*Her full name is Ashley Elizabeth Ann Newbrough.
*Her mother is Canadian, and her father is American.
*She received the “Most likely to become a Superstar Award” at her graduation assembly.
*She is close friends with Lucy Hale.
*Follow her on Twitter, Facebook and Instagram.