Summer H. Howell is a Canadian actress who was cast as Alice in the horror film Curse of Chucky (2013) directed by Don Mancini. She has also appeared in the films The Midnight Man, Garm Wars: The Last Druid, and Cult of Chucky. In 2015, Howell appeared in the television series Sunnyside. 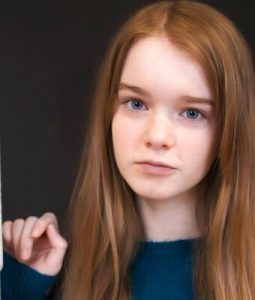 Summer H. Howell Facts:
*She was born on May 22, 2004 in Canada.
*Her breakout role was in 2013 as Alice in the Child’s Play film Curse of Chucky.
*She made her television debut in the City TV comedy Sunnyside (2015).
*She joined Twitter in September 2013.
*In her spare time, she loves to play volleyball, listen to music, hang out with friends and spend time with her family and two dogs.
*Follow her on Twitter, Facebook and Instagram.