Audra McDonald is an American actress and singer. Her accolades include six Tony Awards, two Grammy Awards, and an Emmy Award. Her notable works include Ragtime, A Raisin in the Sun, Porgy and Bess, Twelfth Night and Carousel. McDonald was born to Anna McDonald and Stanley McDonald, in Berlin, Germany as Audra Ann McDonald. She married Will Swenson in October 2012. They have one child: daughter, Sally. She was previously married to Peter Donovan, with whom she had a daughter, Zoe. 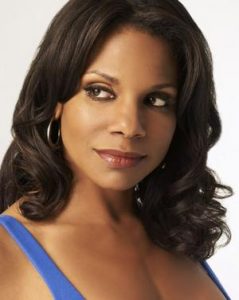 Audra McDonald Education:
She attended and graduated from The Juilliard School in 1993. (BM)

Audra McDonald Facts:
*She was born in Berlin, Germany and raised in Fresno, California.
*She became the youngest actor ever to win three Tony Awards.
*She was named one of Time magazine’s 100 most influential people of 2015.
*Follow her on Twitter, Facebook and Instagram.

“When I first was exposed to ‘Porgy and Bess’ many, many years ago, I was blown away by it – loved the music, overwhelmed by the production at the Met that I saw, and thought I want to play Bess someday. But I also knew they were stereotypes that were considered racist.” – Audra McDonald