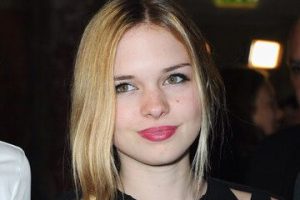 Stella Banderas Facts:
*She is the daughter of Antonio Banderas and Melanie Griffith.
*Her maternal grandmother is actress Tippi Hedren.
*Half-sister of Dakota Johnson and Alexander Bauer.
*Follow her on Instagram.