Audrey Wells was an American screenwriter, film director, and producer, best remembered by the public for her work in the films The Truth About Cats & Dogs (1996) and Under the Tuscan Sun (2003), both of which she also produced. Her 1999 film, Guinevere, won the Waldo Salt Screenwriting Award at the Sundance Film Festival. She also co-wrote the script for the comedy The Game Plan. Born on April 29, 1960 in San Francisco, California, she received a bachelor’s degree from U.C. Berkeley and a master’s of fine arts from UCLA. She began her career at San Francisco jazz radio station KJAZ FM as a disc jockey. She made her directorial debut with the 1999 indie “Guinevere,” starring Sarah Polley. She died of cancer on October 4, 2018 the day before the brand new feature film “The Hate U Give,” for which she wrote the screenplay, was released. She was 58. She was married to Brian Larky. 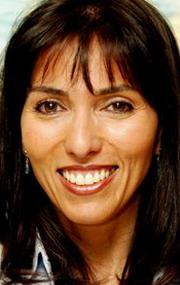 Audrey Wells Facts:
*She was born in San Francisco, California on April 29, 1960.
*She wrote and directed the 2003 romantic comedy “Under the Tuscan Sun”.
*She was one of the members of the dramatic jury at the Sundance Film Festival in 2006.
*After a five-year battle with cancer she died on October 4, 2018 at age 58.